In keeping with Mother’s Day being just around the corner, I thought I would write about three ladies, whom I grew to admire,  all for different reasons, and who have played a large part in my life.

My Grandmother, on my Mother’s side was born  in 1893 in Lutes Mountain, New Brunswick. In my very early years, in a small village in Québec, I remember her as a kind and gentle lady. I guess you could describe her as the family matriarch. She pretty much ran the house. She looked after the farm animals, did just about all the cooking and baking, as the others were away at work all day or all week. She was always my ‘at home Mom’ while my Mother was in Montreal working.

She was always there when I “hurt” myself, with a quick fix and a sympathetic hug. But when I misbehaved, she would just scold me and threaten to tell my Mother when she got home, but by then she would forget, or did she really? Our entertainment  was the radio, piano or playing cards. It seemed the only game she new was cribbage, and I was always the elected opponent; and I always lost! When not in the barn, she kept herself busy in the kitchen, either cooking, baking or canning. Is it possible that maybe this is where my love for the magic that comes from the kitchen started?

At that time in my life she was really my first ‘mom’. I suspect she played a bigger role in my life than I was to ever realize. She passed away in 1959 of a heart attack. I regret not getting to know her better as I grew into my later teenage years. Why do these thoughts always seem to come too late? She was a warm, gentle and  caring person. She won me over. I think it was her smile.

The second lady in my life, and maybe I should have considered her my first, was my Mother. Born in 1917 in Montreal, first of three children. She had a great work ethic, as shown by her grades, her drive and ambition. Her family was not well off as she entered the workforce at the end of the depression, but determination and tenacity paid off.  Divorced very early on in her marriage, due to the fact my Father was running around, she unfortunately developed a very bitter and condemning attitude towards males in general. The telling outcome of this is it also turned her into a overbearing and critical person.

As I matured, and got to understand her better, appreciating her take on life, I got to recognize and maybe feel some of the turmoil my Mom was dealing with.  But that burden did not slow her down. She was a hard worker, no job or task was beneath her. Her drive was to be respected. Despite her bouts of anger and impatience, she still had a softer side. As she moved into her senior years, I could see her mellowing, but just a little bit!

I feel that we became a lot closer  when she had to enter a retirement home, and a lot of the responsibility of looking after her fell to me. It was during this period that I realized just how helpless she had become,  how little could be done about it, and how inadequate  it made me feel.  But never the less, she soldiered on. In her last few years she no longer knew who I was; had to wear diapers, and her food was rendered to mush. Life had brought her full cycle. My visits were very painful. Mercifully, she passed away in her 90th year, battling to the end. Despite the demons that she had to live with, I have to admire her for her strength, determination and a ‘get out of my way I have a job to do with no guff from anybody’ approach. I wonder how much of all that has rubbed off on me. 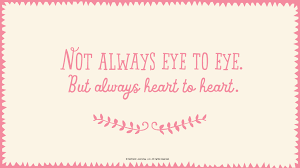 The third lady of influence is my mother -in-law. Though her oldest daughter and I are no longer together, I cannot dismiss the impression she has had on me. The daughter of an Irish immigrant, she loved conversation, especially the telling of stories. They were always the highlight of our visits with her. She raised ten children, three girls, seven boys in a small two bedroom house. She was always eager for company.

And what a wonderful sense of humour. Very seldom down, and always wanting to do something during a visit, generally a trip to her favourite restaurant. I am always impressed by her kindness and generosity, and regard to me as if I were one of her sons. Over the years I developed an utmost admiration and respect for this lady. She too endured hardship in her life, but at 92 she harbours no ill feelings towards anyone. Always ready with a smile and a hug. There are a lot of, lets just say, not so great mother-in-laws out there, but I feel that I have been blessed with mine. A true emerald of the Isle.

Three ladies, three stories, three different memories,  all garnering my
Admiration. On May 8th, take the time to honor your Mom, if not in person, then in memory.

5 thoughts on “My Three Moms”

This site uses Akismet to reduce spam. Learn how your comment data is processed.

Photography.... that one moment in time...

The Eye of a Thieving Magpie

My view of this wonderful and crazy life - as I travel and explore.

Fanny the Champion of the World

To participate in the Ragtag Daily Prompt, create a Pingback to your post, or copy and paste the link to your post into the comments. And while you’re there, why not check out some of the other posts too!

A Journal Of Everyday Life

On the Road Cooking

Photography and Thoughts About Life and Aging

Say It With A Camera

From Pyrenees to Pennines

Teaching the art of composition for photography.

You might think you understand what I said, but what you heard is not always what I meant.